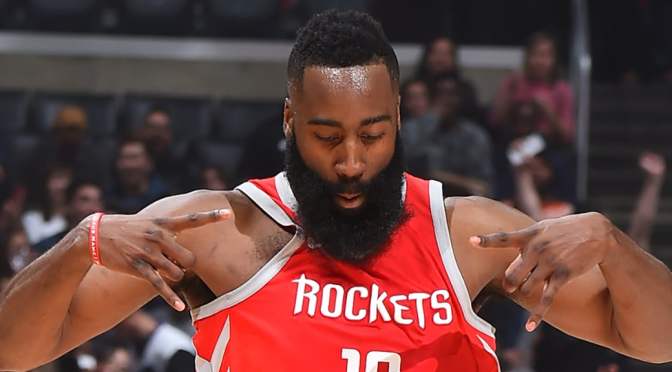 The 2017-2018 NBA regular season just ended in dramatic fashion last week. The Nuggets took the Timberwolves into overtime before eventually falling and surrendering the final playoff spot to Jimmy Butler and KAT. Throughout the season, some of the biggest names in basketball continued to prove why they remain atop the NBA’s elite, and some previously unknown players are positioned to be staples in the league for years to come. Here are my predictions on how All-NBA team voting will go down.

NBA fans are suckers for triple doubles. Russell Westbrook and the Oklahoma City Thunder clinched home field advantage in the first round of the playoffs last week by the skin of their teeth, after a season filled with dramatic storylines. Westbrook tacked on 20 rebounds to finish the season averaging yet another triple double. With plenty of competition in the guard slots this year, voting is sure to leave certain players in less than desirable positions. Westbrook may find his way atop these guards because voters will find it difficult to demote last season’s MVP after repeating the same feat that brought him the award last year. 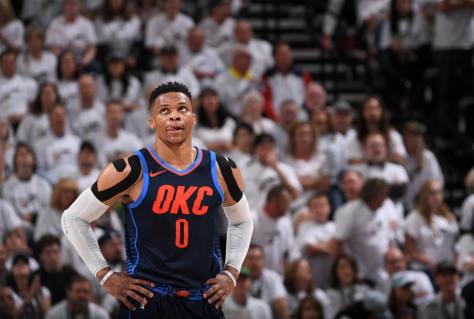 James Harden and LeBron James are no-brainers when it comes to making the first team. These two will likely lead MVP voting, with Anthony Davis following closely behind. Harden has led his team to the best record in the NBA by a wide margin, and LeBron is averaging a career high in rebounds and assists after doing the same thing last year. The last time he averaged more than his current scoring margin is 2009-2010: the last season of his first stint on the Cavs.

The legacy of Giannis Antetokounmpo’s breakout season was marred by the lack of success that the Milwaukee Bucks showed this past season, putting him a tier below LeBron and Harden in terms of MVP contention. That won’t stop the Greek Freak from making the first team this year, showing massive athleticism and continued development. He will also be in the running for the Most Improved Player Award, posting a career high scoring average that tops last year’s production by four points, along with 10 rebounds a game. He also managed to stay healthy all year, a feat that not many elite forwards in the NBA were able to accomplish this year. 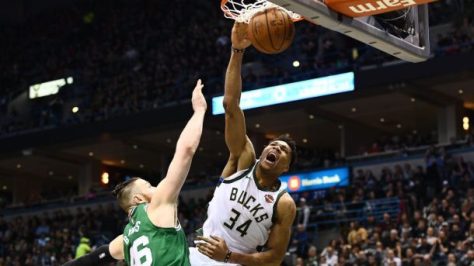 Anthony Davis becomes a precarious situation because he is listed as a Power Forward. He played the majority of his minutes at the four when Boogie was still healthy, but we will make a special exception based off of his ridiculous output, and he played at the center position late into the season. The Brow logged major performances on several different occasions this season, including eight games of 41+ points within the span of a month and a half. These numbers, coupled with Giannis’ dominating performance all season make it difficult to leave either of them off of the first team. Davis plays the five when Cousins is out, and was considered a center last season. Hopefully, the NBA can make an exception.

Damian Lillard’s latest push for All NBA First Team recognition in a recent interview will likely fall short because of the lofty competition ahead of him. I cannot stress how tight I expect the guard voting to be in this year’s ballot, but Dame’s Trailblazers hardly ended up clinching the third seed in the West, leading Westbrook’s Thunder by one game. This margin should not be enough to separate Lillard from the man averaging a triple double for the second consecutive time, at least in the eyes of voters. Regardless, Lillard posted consistent numbers for the third consecutive year, including an astonishing clutch factor and FT% of .916. The man deserves his recognition.

Give DeMar DeRozan the recognition that he deserves. The Compton kid completely rebuilt the way he and his team play basketball, and perfected it to a tee. The fact of the matter is that DeRozan is the best player on the team with the second best record in the NBA, and that alone merits some recognition. An argument can be made that the Raptors’ success is predicated on team play, but DeRozan is the spearhead of that play style and has solidified himself as an elite player in this league. He’s that type of player who gets a ton of recognition from his fellow NBA players around the league, and everyone respects his game because of it.

KD is a perennial option for First Team All NBA, and he very well might repeat the feat this year. Ultimately, I believe that it will be too difficult for voters to leave the Greek Freak out of the first team because he played the entire season, and had an incredibly high output. Regardless, KD would be a fine selection for the first team, despite the fact that his teammates take away from his stats.

The NBA’s most well-run franchise was without their best player for the entire season, but no skin off LaMarcus’ bones. Aldridge finally had a season that reminded people of his days in Portland, and the lack of depth at the forward position in the NBA could result in a second team nod. With 23PPG, his consistent play has kept a staggeringly lacking Spurs roster in the playoff hunt in a cutthroat conference. Kudos to LaMarcus. 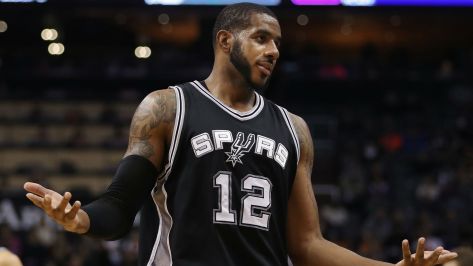 My hometown high school is rivals with KAT’s alma mater, and that will always be my claim to fame. The former number one pick showed improvement in shot selection and consistent numbers all year, even with the addition of Jimmy Butler. Towns has also stayed durable, playing in all 82 games, despite the fact that Tom Thibodeau likes to load his starters with heavy minutes. KAT took his game – and team – to another level this season.

The real best player on the Minnesota Timberwolves this year has been Jimmy Butler. Unfortunately, Butler was only able to play 59 games, but put up elite numbers in that time. He barely saw his production go down despite being on the same team as two star-caliber players. He also did it on both ends of the floor, tremendously improving a defense that would give up at the end of games last season. Butler took the ailing Timberwolves to their first playoff berth since 2004 in his first season; what does he have in store next?

Kyrie Irving is yet another victim of missing out on higher All NBA Team status because of missing games. Perhaps voters are relieved, though, because of the large volume of competition among guards this year. Irving’s first stint with the Celtics and as the (seasoned) leader of a franchise ended with a second-seed berth, which could definitely be considered a success. This especially holds true due to the Celtics’ lack of Gordon Hayward all season. Regardless, Irving only played 60 games, so he is lucky to make the list.

The All NBA Third Team should be renamed the All NBA Injury team. Steph Curry, the former two-time MVP is due to miss the first two All NBA teams for the first time since 2013. Granted, he has everything working against him on the road to All-NBA greatness. He has three all-star caliber teammates, and has missed 31 games this season. Only Steph can miss basically half the season and still rank among the top 15 players. 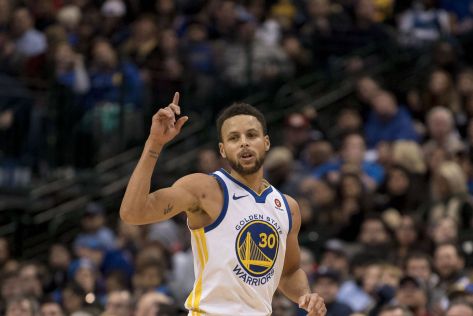 The fourth and final player whose All NBA stardom has been deterred from missing games is Joel Embiid. The Process looks to take his 76ers to the NBA Finals this year, and does so with freakish talent and consistent production. Notice how Embiid has won almost every single matchup that he has had with star big men this season (see Whiteside, Drummond). Such dominance just shows what is still to come in Embiid’s basketball career, and we can only marvel at the talent that he flashes until he can do so in a full season without a minutes restriction.

Paul George will round out the All NBA Third team. Most critics will say that the Thunder underperformed, but PG13 has stayed consistent all season on both ends of the floor. George is second in the league in steals and notably plays the most minutes for the Thunder. OKC knows that they can count on George to produce consistently with minimal hiccups, and even though he doesn’t gel perfectly with the team, he should have done enough this year to secure this spot. 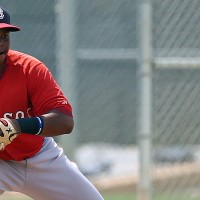