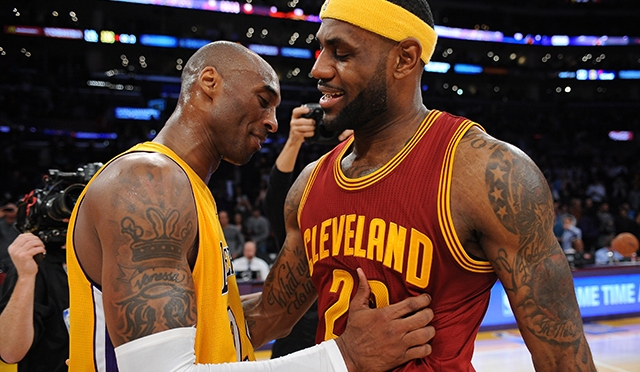 On April 13, 2016, Kobe Bryant retired following a twenty-year career in the NBA. In doing so, he passed the torch to LeBron James. Bryant is a five-time NBA champion, 2008 league MVP, 18x All Star, a two-time scoring champion a 15x All-NBA team selection. Now, the question remains, will Lebron James finish his career with more accomplishments than Kobe Bryant? King James has already proven himself as an NBA legend, but many people still have doubts on whether LeBron can take over a generation like Kobe Bryant did.

Kobe Bryant was selected thirteenth overall in the 1996 NBA draft. Bryant did not attend college and went pro straight from Lower Merion High school. Likewise, James did not attend college, but his outstanding statistics in high school made him the number one overall draft selection in the 2003 NBA draft. Bryant was drafted by the Charlotte Hornets, but was immediately traded to the Los Angeles Lakers. The Black Mamba made his presence known early on. Kobe was ultra-competitive the second he stepped on an NBA court, and was chosen to the All-Rookie team in his first season. In only his second season in the league, Bryant was selected to the All-Star team, averaging 16 PPG, 3 APG and 5 RPG per game. Kobe was an unstoppable scorer, his game drew comparisons to Michael Jordan and Reggie Miller.

LeBron also boasted very impressive stats in his first couple years. He took the nation by storm, averaging 21 PPG and 6 APG in his rookie season which culminated in a Rookie of the Year selection. Similarly to Kobe, LeBron was also selected to the All Star team in his second season, averaging 27 PPG, 7 RPG and 7 APG. LeBron’s extreme athleticism and agility gave him an advantage over the other small forwards, which has been a defining factor of his dominance in his career. James was also a versatile defender, being able to defend any position on the court. His speed and athletic ability allows him to defend smaller guards, while his strength and height allows him to defend larger forwards and even centers if he was called upon. Thus, LeBron had a much better start to his NBA career in his first two years in the league than Kobe did.

Kobe Bryant won one MVP award in his career while LeBron has already won four. The Most Valuable Player award is one of the most prestigious awards in American sports. LeBron won the award in 2009, 2010, 2011, and most recently 2013, averaging 29 PPG, 7 RPG and 8 APG during those seasons. To contrast, Bryant averaged 28 PPG, 5 RPG and 4 APG during his sole MVP season. 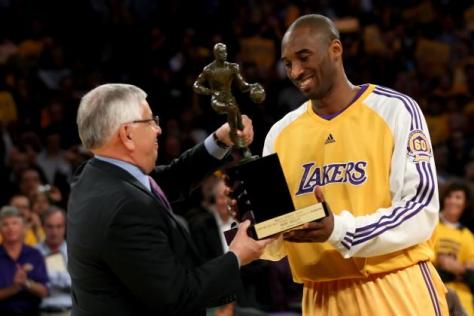 Kobe Bryant ranks second in All Star appearances behind Kareem Abdul-Jabbar, making the Western Conference squad 18 times. He remained an All Star until the age of thirty-eight. LeBron has thirteen All-Star appearances at thirty-two years old. If LeBron remains an All Star for as long as Kobe did, they will have the exact same number of All-Star appearances. However, it is likely that LeBron will have eighteen or more All Star appearances because he has proven to be extremely durable throughout his career. His tendency to rest regular season games could provide him with the stamina to play at a high level for a very long time, but it could also impede his playing time to a point that limits him from making the All Star team.

Will LeBron James finish his NBA career with more accomplishments than Kobe Bryant? James has already won three more MVP awards and is en route for the same amount of All Star appearances and more Finals appearances than Bryant. James has always been touted as a physical specimen and has been scouted by NBA scouts since his freshman year of high school. He is considered by any to be one of the best draft prospects ever and he has exceeded expectations, becoming an international icon. LeBron is an awe-inspiring player and a relentless worker, whose athletic ability and basketball IQ provides him with the tools to dominate any player on the court. The answer is yes, LeBron James will finish his career with more achievements than Kobe. While both players have had legendary careers, King James stands above the Black Mamba because of his athletic dominance and unparalleled work ethic.

One thought on “The King vs The Mamba”