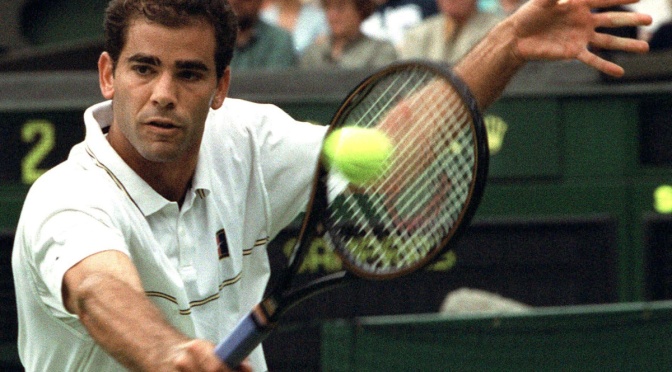 In a career spanning 15 years, Sampras broke many records, including winning the then most number of Grand Slams by a male in tennis history (14). The Grand Slams include the Australian Open, Wimbledon and the US Open, and are some of the most coveted tournaments in tennis. While many tennis greats struggled to win even one of them, Sampras excelled at almost all of them, save the French Open. He won two Australian Opens, a record-tying seven Wimbledon titles and five US Opens throughout his glimmering career to add to 50 other top-level titles. Along with his titles, he was also world number one for a then record number of 286 weeks, and was seeded number one at the end of six consecutive years, a record which showed his consistency when he was in his prime.

Sampras joined the professional tour in 1988 at the age of 16, and made an immediate impact throughout the year by beating many players in the top 100. He ended the year ranked 97 in the world, which was considered quite a feat considering that he started the year as world number 893. Throughout the next two years, he continued to challenge the top players by recording several major upsets. His time finally came in the 1990 US Open, where he won the first of his 14 Grand Slams. On his way to the finals, he registered major upset wins before going on to win the trophy in straight sets against his biggest would-be rival, Andre Agassi. Sampras was the US Open’s youngest-ever winner at 19 years, capping off his remarkable year at a career high of world number five.

For the next couple of years, he continued to play consistently, making deep runs in many tournaments, and although he did not win a Grand Slam, he found a new drive to become world number one. That moment arrived in 1993 when he became world number one in April. Sampras further supported his ranking by winning his first Wimbledon and second US Open later that year. As his career progressed, he started to win more titles consistently and battled for the number one spot with Agassi. Between 1994 and 1996, he won one Australian Open, two Wimbledon titles, two US Opens, along with making his deepest run in the French Open, where he lost in the semifinals to the eventual winner.

In 1997, Sampras won his second Australian Open and his fourth Wimbledon along with winning many of the biggest tournaments in the world. That year, he went undefeated in finals matches to hold the number one ranking at the end of the year for a record-tying five consecutive years. He would go on to extend that record to six next year and won another Wimbledon title that year despite a small dip in form. 1999 started out badly for Sampras as he could not win any singles titles during the first part of the season. However, he went on a massive 24-game winning streak afterwards, where he captured many titles, including his sixth Wimbledon. However, the year ended bleakly, just as it began, as he could not participate in the US Open and lost the number one ranking to Agassi.

The new millennium ushered in more record-breaking feats for Sampras, as he won the most number of Grand Slams singles titles, 13, and won his record-tying 7th Wimbledon alongside that. He fought through back injury and tendinitis in the final to win in 4 sets, becoming the first person to win a Grand Slam for 8 consecutive years in the Open Era in the process. He returned to number one status that September, but could not stay there for long, which marked the last time he would be at the top of the rankings.

2001 was a completely different season than the prior year, as Sampras suffered many early exits in tournaments. In Wimbledon, where he thrived, he lost to the current grand slam record holder, Roger Federer, in the fourth round, which was then considered a major upset. He also lost in straight sets in the US Open final, among suffering other setbacks that signaled that his career would soon come to an end. In Sampras’ last year in which he played professionally, he lost to very low ranked players early in Wimbledon and other tournaments where he normally excelled in, leading many to believe he would not be able to win another Grand Slam. Ranked world number 17 going into the US Open, it seemed that it was finally time for other big names in tennis to take the spotlight. However, he turned things around in the tournament, progressing to the finals for a third straight year to poetically play Andre Agassi. The two rivals and fellow Americans gave the audience and fans at home a match for the ages, playing four sets with Sampras triumphing at the end to win his 14th title.

A year later, after playing his last match in the previous year’s US Open final, Sampras was given a tribute for his outstanding service to the game. As Sampras said himself, “people wrote me off, but I believed in myself. I got the confidence back, and it grew and grew. I won my first major and my last at the place that changed my life.” Pete Sampras will always be remembered for his contributions to modern tennis in an era when there were plenty of high-level players to overcome. 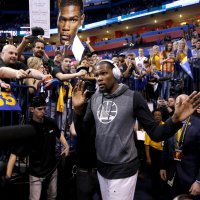