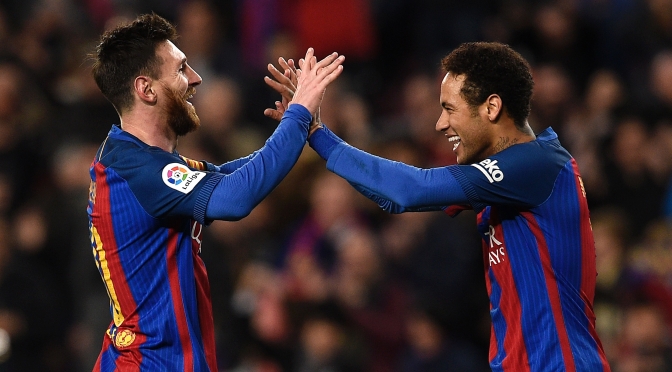 The countless rivalries that exist within sports makes them that much more exciting. Whether they exist between individuals, teams, regions, or even different ethnic or religious groups, rivalries add a unique sense of excitement to any competition.

For the past nine years, the international football community has been fortunate enough to watch the greatest individual rivalry in the history of sports. While rivalries such as Rafael Nadal vs Roger Federer, Larry Bird vs Magic Johnson and Sidney Crosby vs Alex Ovechkin all present incredible drama, none compare to the nine-year reign of dominance currently being displayed by Cristiano Ronaldo of Real Madrid & Portugal and Lionel Messi of FC Barcelona & Argentina. 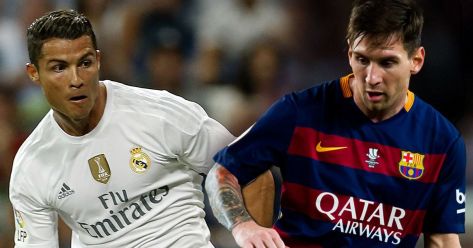 In American sports, the awards for Most Valuable Player are handed out at the end of the regular season and before the beginning of the playoffs. In sports like golf or tennis, there is a ranking system that varies regularly based on the performances of athletes in their respective sports. These are two places in which football awards are unique compared to other sports. To start, there is technically no such thing as playoffs (outside of the Americanized MLS), meaning that footballers are judged based on their performances for an entire calendar year. Second, there is no ranking system in place for individual players, only for national teams.

The official award for the best footballer in the world is the Ballon d’Or (ball of gold in French). There are 30 players nominated for the prestigious award, which accepts votes from professional football players, coaches from across the world and high-ranking journalists. With all of the individuals most centrally involved in the sport having a say in the selection process, the player elected winner of the Ballon d’Or is typically accepted without much fuss.

Incredibly enough, for the last nine years, either Cristiano Ronaldo or Lionel Messi has won the Ballon d’Or. Ronaldo has won four Ballon d’Or trophies (2008, 2013, 2014, 2016), while Lionel Messi has won five (in 2009, 2010, 2011, 2012, 2015). Between them, they have won 12 domestic league titles and seven Champions League titles, having broken a never-ending list of records on both the domestic and international level. Lionel Messi is widely considered the best player in the history of the sport, and some make their argument for Cristiano Ronaldo. Regardless of who one may consider the best, both of these players have undoubtedly cemented his place amongst the greats. It is important to note that one could easily argue Cristiano Ronaldo to have the more successful career between the two, but when it comes down to ability, Lionel Messi usually comes out on top. 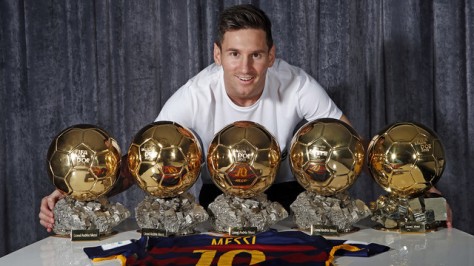 In no other sport have two players remained in or immediately near the number one position in the world for so long, or so intermittently. After winning his first Ballon d’Or as a player on Manchester United, Cristiano Ronaldo watched Messi win the award for four straight years, before he came back and won it twice in a row as a player for Real Madrid. Messi then stole the crown again in 2015 before Ronaldo was again awarded the Ballon d’Or for the fourth time this past January. The rivalry between these two players is unprecedented considering the decade of consistency shown by both players, and we must remember to appreciate them both for the legends that they are despite all of the inevitable comparisons being made between the two players.

With that being said, we continue to compare.

While Cristiano Ronaldo is still performing relatively well, he is now 32 years old, and his form this season has not been quite as prolific by his sublime standards. He has looked slightly less sharp at times, and unless Real Madrid win the Champions League again this year as well as the Spanish domestic league, he is unlikely to ever win the Ballon d’Or again. Lionel Messi, on the other hand, is only 29 years old and is currently in mesmerizing form. Considering that Messi relies more on his technical ability, whereas Cristiano Ronaldo utilizes his physical dominance, Messi can likely win the Ballon d’Or at least twice more before somebody else finally takes the crown from the two superstars.

But who will it be?

Currently only 25 years old, Neymar is perfectly poised to win the next Ballon d’Or after teammate and mentor Lionel Messi decides to let him lead the frontline. FC Barcelona purchased the Brasilian in 2013 from Santos, his native club, where Neymar was considered a prodigious talent from the age of 16. He stayed in Brasil for a year longer than stardom-hungry European clubs wished he would, giving him another year to develop as a player, until finally moving to Barcelona at the ripe age of 21. 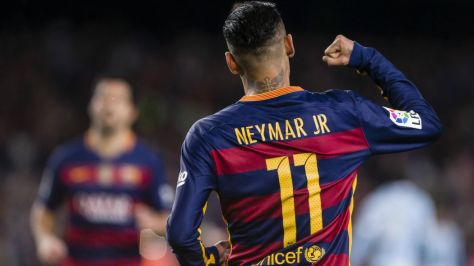 After a solid debut season with the club, Barcelona then bought Uruguay-native Luis Suarez from Liverpool, who is arguably best striker in the world. This trio of Messi, Neymar and Suarez quickly gelled in the 2014-2015 season, becoming what is now considered the best attacking line in the history of the sport. This goal machine trio produced 122 goals that season between them, leading the club to their second treble in club history, with Neymar making an immediate impact, scoring in the Champions League final against Juventus. On April 2nd 2017, Neymar scored his 100th goal for Barcelona in less than four seasons, indicating his comfort at the club.

Neymar has grown as a player in every season that he has been with Barcelona. With the mentorship of Messi and Suarez, along with veterans like Andres Iniesta, Gerard Pique and coach Luis Enrique, Neymar will continue developing into the very superstar that people saw in him from day one. In fact, if he continues improving at this rate, he may even exceed those expectations. His ability to accelerate past players with innovative skill moves, use both feet to great effect, and his nose for both goals and assists make him the perfect winger. Most importantly though, you can tell in his style of play that Neymar lives for the joga bonito (the beautiful game in Portuguese).

Neymar has also proven his world-class abilities on the international stage, currently averaging well over half a goal a game for Brasil (a stellar statistic for a national team), which at this rate will see him easily passing the legendary Pele to become Brasil’s all time leading scorer. Neymar won Player of the Tournament honors at the 2013 Confederations Cup, had an impressive 2014 World Cup campaign before getting injured, and led Brasil to Olympic Gold for the first time in the country’s history last Summer. Neymar is the game-changing player that Brasil has been missing since Ronaldo (not to be confused with Cristiano Ronaldo) single-handedly won the 2002 World Cup with a brace in the final against Germany.

If Neymar would like to end the nine-year reign of Ronaldo & Messi more quickly than some may anticipate, he will need to perform just as the Brasilian Ronaldo once did for the national team. The World Cup is next summer, and with Neymar growing in confidence with every game, there is no reason that he cannot lead Brasil to their first World Cup since they won in South Korea in 2002. Such heroics would almost certainly guarantee him the 2018 Ballon d’Or, assuming that Messi wins the 2017 Ballon d’Or.

Realistically though, Neymar doesn’t need a World Cup to win the Ballon d’Or. As long as he continues to win trophies with Barcelona and performs at a high level for Brasil like has done for his entire career, it is only a matter of a time before Neymar is crowned king. He is simply that good. Surely, players like Eden Hazard and Paul Pogba are capable of beating Neymar to the throne, but none of them have hit the ground running in the way that Neymar has.

At this point, we are privileged enough to sit back, relax, and enjoy as Lionel Messi ever so slowly hands the torch to Neymar. Or, depending on what Neymar wants to do, maybe it won’t be so slow at all. 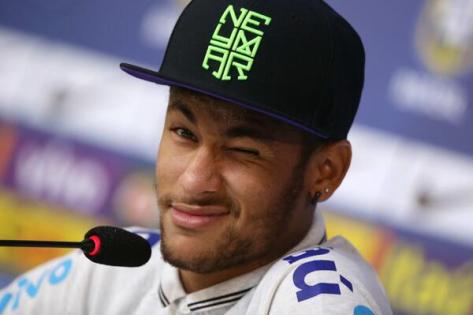 2 thoughts on “Neymar: The Next Best Player in the World”