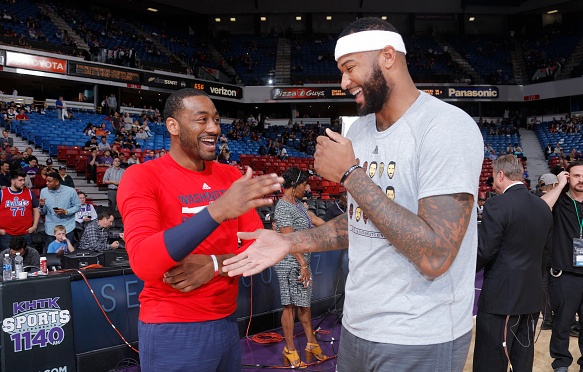 The NBA has experienced a trend of superstars pairing up since the 2010 offseason when LeBron announced that he’d be joining Chris Bosh and Dwayne Wade in South Beach. This happened in July, not long after NBA draft concluded, the same draft that saw future NBA stars and college teammates John Wall and DeMarcus cousins were selected number one and five respectively. This draft broke up a collegiate version of the traditional “super team”, sending two players who made up one of the most talented Kentucky basketball teams in years to opposite sides of the country.

Since 2010, both Wall and Cousins have fulfilled their potential, or very close to it, and have become legitimate stars and franchise players in the NBA. Wall has found his groove in the nation’s capitol for the Wizards, where he’s set to lead them to their third playoff appearance in four seasons. Wall has also made the eastern conference All-Star team each of the past four seasons, and has taken his game to another level in 2017.

DeMarcus Cousins was selected by the Sacramento Kings, going out west to begin his career. Cousins began to find his own, despite playing for a struggling Kings team that has failed to make the playoffs in each of the past 11 seasons. However, Cousins will no longer be a part of what has proven to be one of the most poorly-run franchises in the NBA, as he found himself being shipped to New Orleans for next to nothing just before this season’s trade deadline expired. Cousins has been in New Orleans for just almost two months, and has already faced some scrutiny saying that he’s worn out his welcome because the Pelicans haven’t moved up in the standings.

Cousins’ deal doesn’t expire until the end of the 2018 season, but it’s never too early to speculate. Despite the pre-considered notion that it would take time for Pelicans star Anthony Davis to gel with Cousins in the front-court, today’s NBA fans are impatient and like to see immediate results. It’s not a long shot to say he will at least test free agency waters in 2018 once his contract expires. Due to Cousins’ history with John Wall, along with the fact that Wall is one of the only players around the league who can keep Cousins’ wild personality at bay, it is completely possible that Cousins takes his talents to Washington D.C. The only road block one could possibly see is the Wizards’ current center, Marcin Gortat, whose contract runs through the 2019 season. However, he’ll only be owed about $13 million (chump change for the ever-increasing salary cap), which wouldn’t be a difficult contract to move to make way for Cousins.

While this scenario is over a year away, it simply makes sense that Wall and Boogie would want to team up and compete for a title. After all, they have some unfinished business after falling in the Elite Eight of the 2010 NCAA Tournament. While a lot can change in the span of over a year, I’d still have to say that the odds of Cousins and Wall playing together are pretty high. If the “fire and ice” experiment in New Orleans works out next season, Cousins may want to resign with the Pelicans, but if Davis and Cousins end up showing bad chemistry, Boogie may very well want to look elsewhere. Washington looks like a team that is one piece away from being a legitimate title contender and Cousins may just be that missing piece. 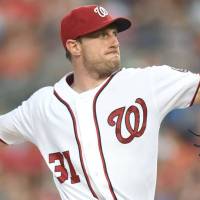