Cue the marching band, because the 2017 college football season is finally here. Week one is right around the corner with only two weeks to go, and is loaded with blockbuster matchups. ACC vs. SEC, playoff implications, and statement games are all headlining opening day. This season is going to be wild. Here are the week one games that you NEED to watch.

Obviously Alabama is obviously headlining week one as perennial National Championship contenders, but don’t sleep on Florida State. Building off of the HUGE win over Michigan in the Orange Bowl last season, the Seminoles have some momentum heading into the first game of the 2017 season. Yes, the FSU defense was rough at times last season, but safety Derwin James is already drawing attention as a potential top-five draft pick. The self-proclaimed “best player in the country” is going to have his hands full with Alabama quarterback Jalen Hurts and running back Bo Scarbrough. Let’s not forget, Nick Saban doesn’t accept defeat. Alabama is favored to win it all by Vegas sports books. Strap yourself in for a good one, you can’t miss this game.

Michigan football is back, even without Heisman finalist Jabrill Peppers. Losing to Ohio State and subsequently missing the playoffs in controversial fashion is still fresh in head coach Jim Harbaugh’s memory. This is a revenge game and a fresh start for the Wolverines. Michigan quarterback Wilton Speight will have a host of young, talented wide receivers to choose from and throw to. The offensive fountain of youth could be a disaster against one of college football’s best defenses. Last season, the Florida Gators defense allowed just sixteen points per game and dominated Iowa by a score of 30-3 in the Outback Bowl. On offense, Notre Dame transfer Malik Zaire will help put points on the board for the Gators at the quarterback position. With his big-game experience, Florida won’t flinch in Cowboy Stadium against Michigan. This game has playoffs written all over it, and could shape the college football landscape early.

This game is all about J.T. Barrett and the Buckeye offense. Any team that thinks they have a shot at the 2017 playoffs will be studying this game. As a perennial powerhouse, the Urban Meyer-led Ohio State Buckeyes won’t disappoint against Indiana. With another offseason to understand the playbook and to connect with his receivers, Barrett will be ready to go come week one. The Buckeyes need to bounce back and respond after getting destroyed by Clemson en-route to the National Championship. If Meyer wants to bring a ring back to Columbus, he has to start with Indiana. Beginning the season on the right foot is key for Ohio State. If they want any chance at a playoff berth, it starts with an offense that is clicking and firing on all cylinders. 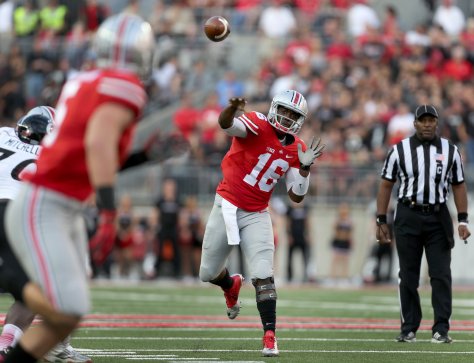 One thought on “Week One College Football Games to Watch” 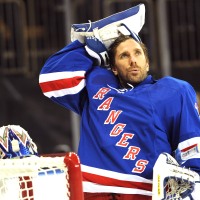 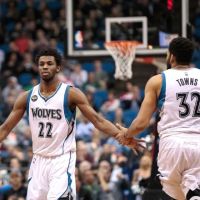