How Should we Determine a League MVP?

There has always been controversy over how an MVP should be decided.

10 Most Inspirational Figures in Sports

Every player coming up plays because of a former athlete who inspired them – these are some of those athletes.

Rookies have always been some of the most popular and polarizing figures in sports.

Very few commissioners in sports have the backing of the fans of that sport, and it comes as no surprise.

Tanking in Sports & Why Teams Continue to Do So

Should tanking be allowed or should it be outlawed among major sports leagues?

The Year of the Championship Game

2016 was full of electrifying championship games with crazy finishes.

The Death of the All-Star Game

All-Star games have deteriorated in recent times and here’s why.
Published: February 6, 2017 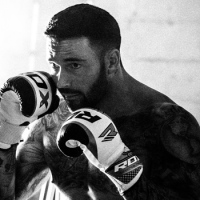