On May 4th, 2014, Paul Pierce blocked Kyle Lowry’s game-winning shot as the clock expired, sealing the Brooklyn Nets’ first round series victory in seven games. As a horrified silence fell over the Air Canada Center in Toronto, a sea of black and white jerseys flooded the court. For Nets fans watching on television hundreds of miles away, the hysteria was infectious. To us, this was not merely the first playoff series win since the middle of the Bush Administration; it was far from it. This was redemption, absolution and unbridled ambition all bound together. 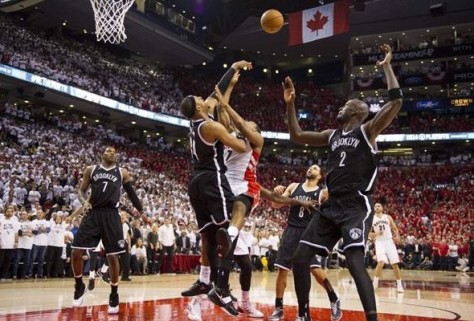 In June 2013, after new owner Mikhail Prokhorov’s five-year championship guarantee led him to trade his team’s future for proverbial magic beans, the basketball world laughed. The Nets would have one year (two at most) to win a title before their prospects whittled to nothing. To accomplish this, a group of aging ringers needed to find some way to win four (?!?) straight playoff series, including matchups against a LeBron James super team, and the behemoths that resided in the West. For a fan base that had grown accustomed to season results ranging from “so close” to “there’s a second basketball team around here?”, having two actual superstars seemed to make all the difference in the world. Supplemented by Deron Williams, Brook Lopez, Joe Johnson and first year head coach Jason Kidd, the Nets would not only return to the Finals, they would finally take that next step and win.

On May 5th, we held our heads high and wore our jerseys with pride. It was happening. Next on our hitlist was two-time defending champion LeBron James and the Miami Heat. Easy. Some of us even began looking towards the Eastern Conference Finals and the top seeded Indiana Pacers. Nine days later, the season was over. Wait…What? There it was; as quickly as our passion grew, it ceased with a whimper. And with no draft picks to speak of, so did our future. 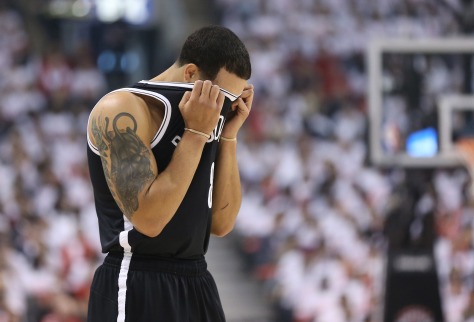 This is just a snapshot of the history of the New York/New Jersey/Brooklyn Nets, a team whose glory days, and only championships, occurred in a different league. They are a team with a legacy of “almost;” whether that meant losing Julius Erving to Philadelphia as a price for entering the NBA, playing second fiddle to another wonderfully run franchise in the New York Knicks, or even having a star player die in a car accident.

My personal experiences with the Nets are somewhat unique, as my interest in sports formed just in time for the 2003-04 season, a couple of months removed from a second straight finals loss. Even with frequent trips to Continental Airlines Arena, the team I saw was never filled with chokers and disappointments. I did not know, or care, that they had only won a single playoff series in their first 25 years in the NBA (only three years before), or that they were unlikely to win anything for the foreseeable future with the rise of LeBron in the East and the continued presence of the Spurs and Lakers in the West. I went to games to see the Big Three of Kidd, Vince Carter and Richard Jefferson; the only serious display of greatness in the history of the franchise.

In the mid to late 2000s, as final results lessened with each subsequent year, the core of the team began to fall apart. Coach Lawrence Frank, who had been an assistant during the two finals runs, failed to surround his slowly aging stars with a decent supporting cast. First round picks Nenad Krstic (2004) and Marcus Williams (2006) had promising starts, both players earning various rookie honors, but it is worth noting that neither of them ended up playing more than six seasons in the NBA, most of those years with different teams in different countries.

By 2009, all three of the Nets’ former superstars had left, and with them, any sense of majesty or respectability that had not already been squeezed out. Rumors of a team sale, as well as a move to Brooklyn had persisted for years, plaguing every season and forcing already disheartened fans to feel lucky for the lackluster product they were being shown. Even bringing in an in-his-prime Williams to play with a young Lopez could not raise New Jersey from the basement of the noncompetitive East. 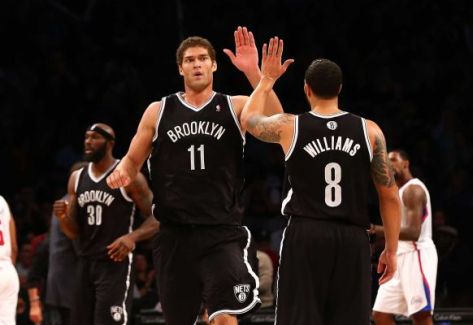 By the time they moved into the Barclays Center in 2012, the Nets might as well have snuck across the state line in the dark of night. The most prominent controversy about the move had more to do with the building of the arena than anything else. I wonder if the Nets had been based in Seattle, would things have been different? Why would fans have fought for a franchise that gave them nothing for so long, especially when the biggest brand in basketball was only a few miles away as an alternative?

On the surface, it seems like a simple decision for players and fans alike: Today, Jefferson has a championship ring. So does Kidd, and assuming an extended stay with the Milwaukee Bucks, he could have a chance to win more. Carter is considered one of the greatest scorers of all time and continues to impress fans with his grit. Lopez has a place with an upstart Lakers team, and Williams played in his first finals series last month. Why would any decent player want to come to Brooklyn when the past has shown that wearing a Nets uniform is a guarantee for failure?

I can think of only one reason why any person with a lack of masochistic tendencies would ever choose to root for this team. It is the same inclination that affects fans of the Toronto Maple Leafs, San Diego Padres and Cleveland Browns. Perhaps Prokhorov’s ridiculous 2013 trade served a purpose after all. Perhaps in that moment, following Pierce’s block, in that little window of only a few days during which an entire fanbase erupted with elation and ecstasy, we got a taste of what could come. One day, Larry O’Brien’s namesake will be raised in the air by a franchise that dragged itself out from the thick of irreverence. The Brooklyn Nets are going to win a championship, and how wonderful it will be.

One thought on “The Continuing Failures of the Brooklyn Nets” 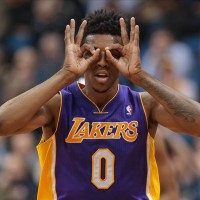