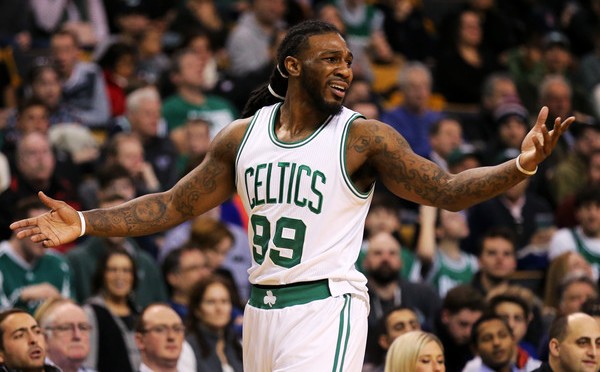 Carmelo Anthony? For free? Sure!

DeMarcus Cousins? Only if we were guaranteed that he wouldn’t get called for a technical foul on a nightly basis. Plus, the Pelicans already acquired Cousins for next to nothing in what is considered an absolute steal.

To contend with LeBron James and the Cavaliers this season, the Celtics need a difference maker now! But who?

Mr. Jimmy Butler is absolutely balling, having a year in which he has averaged career highs in points (24.5/pg), assists (5.0/pg) and rebounds (6.3/pg) in addition to stealing the rock 1.8 times per game. Unfortunately, his Chicago Bulls have been struggling and haven’t been able to fit the right pieces around him to compete for a championship. Could he be dealt before the trade deadline today?

The Pelicans have already traded for Demarcus Cousins from the Sacramento Kings, forming the best backcourt in the league alongside Anthony Davis. The Bulls can follow suit and go into full rebuild mode, taking advantage of the Celtics’ plethora of draft picks and young talent. Over the summer, Jimmy Butler and Jae Crowder (former Marquette teammates) joked about getting traded for each other. Do you believe in déjà vu?

The Celtics, Bulls, and 76ers can initiate in a three-way trade that can change the landscape of each team included.

The Celtics’ Trade With the Bulls

The Celtics will deal Jae Crowder, Jonas Jerebko, Terry Rozier and the Brooklyn Nets’ 1st round draft pick this summer (possibly the #1 overall pick, as the Nets can’t find the bottom of the net) in exchange for Jimmy Butler.

Can the Sixers Get Involved?

The 76ers need to move their big men, but they also need a true point guard. Philadelphia will receive Rajon Rondo from the Bulls by trading away Jahlil Okafor and the Celtics will receive Nerlens Noel by giving up Kelly Olynyk and James Young.

Not only is this trade necessary to initiate the Bulls’ rebuild and the 76ers’ continued development into a playoff team, but it will also put the Celtics in true championship contention. Can Danny Ainge make a trade to form another big 3? Is championship banner number 18 coming soon to TD Garden? Let the basketball gods decide.