It’s that time of the year again. Leaves changing colors, exchanging your t-shirt for cozy sweaters, but more importantly, the MLB playoffs are here. As the season comes to an end and the playoff pictures becomes clearer, let’s take a look at how each team matches up with each other.

The Cleveland Indians are undoubtedly the hottest team in baseball right now, coming off of a historic 22-game win streak and winning 27 out of their last 29 games. In all facets, the Indians look unstoppable. With Edwin Encarnacion and Jose Ramirez leading their high-powered offense, and potential Cy Young winner Corey Kluber spearheading the league’s lowest ERA pitching rotation, the Indians are currently favorites to win the World Series. 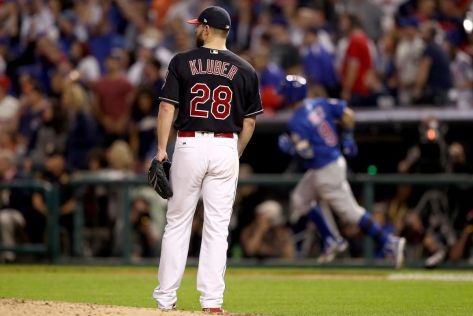 The Yankees recently completed a three-game dismantling of the Twins, and all signs point to an Indians vs. Yankees wildcard matchup. No matter the winner of that game, neither team has the ability to matchup with the Indians in a five-game series. The Yankees, despite averaging a league second 5.31 runs per game, have some uncertainties regarding their starting rotation due to injuries and the shakiness of fallen ace Masahiro Tanaka. The Twins have a similar problem with a mediocre starting rotation but also a weak relief team.

The Astros offense ranks first in the league in batting average, number of runs scored, slugging percentage and on base percentage. The talented offense, led by likely AL MVP Jose Altuve, is now coupled by a strong rotation of Dallas Keuchel, Lance McCullers Jr. and new acquisition Justin Verlander. Despite the Indians being the favorite to come out of the American League, Houston is an extremely balanced team that can make a lot of noise this postseason.

One big question for the Red Sox will be whether or not they will be healthy enough to compete this postseason. Already losing Tyler Thornburg, Josh Rutledge and Marco Hernandez to season-ending injuries, the Red Sox also have third baseman Eduardo Nunez and second baseman Dustin Pedroia dealing with knee injuries as well as David Price still building up arm strength from his long stint on the DL. Additionally, the Red Sox lack power as they rank 27th in number of homeruns hit, which can prove to be a huge issue, especially in the playoffs.

Colorado’s offense has been struggling as of late, scoring less than two runs per game in the past six games and batting a measly .233 during this stretch. However, the Rockies rank second in the league in batting average overall this season and their biggest weakness lies in their pitching, as they have very little clue as to what their playoff rotation will be. The Diamondbacks, on the other hand, are a team that nobody wants to face. Overshadowed by the division-leading Dodgers, the Diamondbacks are an extremely well rounded team led by a loaded lineup of Paul Goldschmidt, Jake Lamb, David Peralta and J.D. Martinez and a pitching trio of Zack Greinke, Patrick Corbin and Robbie Ray.

While the Dodgers still hold the best record in baseball, they have gone a poor 9-21 in the past 30 games, including three losses to the lowly Philadelphia Phillies and three losses to the San Diego Padres. At one point this season, the Dodgers were 91-36 and will have to find that groove again against their potential matchup with Arizona, who they have lost their last six matchups to.

After an abysmal start to the season, the defending champion Chicago Cubs have really turned it around in the second half. With Anthony Rizzo and Kris Bryant leading the offense and star closer Wade Davis having an almost perfect regular season in terms of saves, the Cubs currently look poised to make another run at the title.

Cruising to first place in the weak NL East Division, the Washington Nationals’ biggest issues include their bullpen and Bryce Harper getting warmed up after his 40-game stint on the disabled list. Other than that, the Nationals have enough hitting power and starting pitching to make a run in the playoffs.