On one end of the arena, we have Conor McGregor—arguably one of the craziest, most explosive UFC fighters there is. On the other end stands Floyd “Money” Mayweather, an undefeated (49-0) veteran boxer who without a doubt compares to some of the best boxers in the history of the sport.

The battle was officially announced a few weeks ago, and I can’t tell you how many articles I’ve read that completely denounce this upcoming event as a “circus fight” or some type of bad joke. This is something that absolutely never happens. Have you ever seen the Patriots compete against the Yankees? Yeah, same. It’s true that boxing and mixed martial arts both consist of two people beating the life out of each other, but they are two completely different sports that sort of repel one another. Boxing has literally been around since the 1600s, a smooth strategic sport in which patience and power usually bring about victory. MMA is a newer, less disciplined form of fighting where staying in the offensive is ever so important. Competitors in the Ultimate Fighting Championship (UFC) not only exchange blows with their fists, but also their legs—which adds whole new level of complexity to the sport. Who wouldn’t want witness two sports collide? In a world that sometimes seems systematic and redundant, why not throw a curveball into the mix? 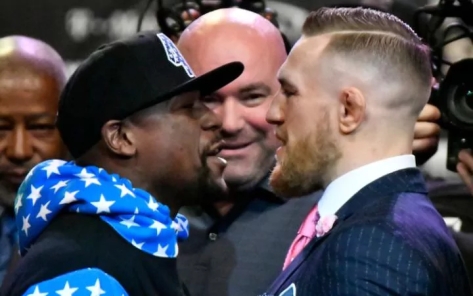 Since the fight was announced, I’ve probably asked over 30 people what they think about the upcoming battle and who they think is going to take home the belt. Absolutely no one wants Conor McGregor to be victorious; no one even thinks he stands a chance. Yeah, I get it. He’s a young, aggressive hothead who walks away with upwards of a million dollars regardless of whether he wins or dies in that ring. Don’t be mistaken, though. McGregor has NOT “won the fight already”. Money in this case will not determine the victor. Money will not motivate the Irishman to knock out his opponent—being number one will.

I have the utmost respect for Floyd Mayweather. He literally has not lost one bout in his professional career. That’s 49 fights—and not one loss. Greatest of all time? Maybe. His defensive skills are impeccable, and rarely does someone land more than a few consecutive punches on him at a time. He adjusts and positions his body quicker than anyone I have ever watched. He’s smart. Mayweather may not have the most powerful jab in the world, but they are so accurate and consistent that his opponents have no choice but to keep an optimal distance from him. The ins and outs of boxing are ingrained in Mayweather’s DNA—and that in itself will be his greatest chance of taking this once-in-a-lifetime fight. 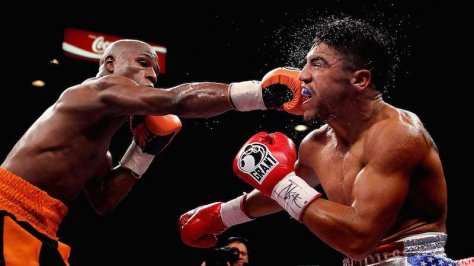 Now, let’s talk about a guy who has more self-belief than any athlete I’ve ever had the pleasure of watching. Unlike most of our U.S. presidents, Conor McGregor actually achieves the goals he sets for himself and his fans. He follows through. And, although defeating Mayweather is a goal that may seem impossible, nonsensical, illogical even—I wholeheartedly believe in him. The fact that so many people don’t believe in him may just be fuel to his ever-burning desire for victory and fame.

Further, let’s not forget some of the simpler advantages that McGregor has over Mayweather. There are 12 years separating the young Irishman from the champion boxing veteran, and this is not something to be overlooked. Mayweather is 40 years old—most professional boxers are in their 20s-30s—and he is going to have to keep up physically with someone bigger, faster, and more explosive than himself. Not to mention McGregor is a southpaw (lefty), the kind of fighter Mayweather usually has some trouble with. 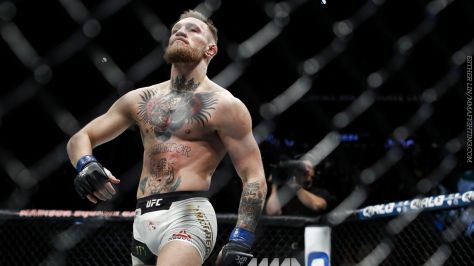 I’m no boxing guru or MMA aficionado, but if you’ve ever watched Conor McGregor in the ring, how can you not think that he stands a chance? He is an absolute head case—with impeccable strength and skills—and will do absolutely anything to win this fight. He will come to play, and I know Mayweather will too. This will be one of the greatest sporting events the present generations will ever see.

So get your bets in, figure out whose Pay-per-view you’re going to mooch, and get ready to see something that the world has never had the pleasure of seeing before. And most importantly…