The Chinese Super League (CSL) has recently aroused the attention of the soccer world for the expensive players recently purchased from mainstream European soccer leagues. These players who take their talents to China are mostly at their golden age and play for a decent team in Europe. Generally speaking, the main reason for these talented players to be convinced to play in China is for money. However, the CSL is trying to build a top league in Asia or even in the world, basically out of nothing, by bringing in these talented players. The main focus of the media is often geared towards looking at moves to China through the eyes of the players themselves rather than the Chinese organizations, leading to a bias that portrays Chinese soccer in a bad light.

The trend of attracting world class players started in 2011, when Guangzhou Evergrande bought Dario Conca from Fluminense for $10 million. Conca was the MVP of Campeonato Brasileiro Série A in 2010, and he made a splash upon his arrival in China. He scored 53 goals and assisted 35 times in 100 matches while playing for Guangzhou Evergrande. With Conca’s outstanding performance, Guangzhou Evergrande became CSL champions three times in a row, and even won the AFC (Asian Football Confederation) Champions’ League in 2013. Conca went back to Fluminense in 2014’s winter, but came back to China again one year later. Shanghai SIPG, a new force in CSL, bought Conca for $10.4 million due to his fantastic performance during his time with Guangzhou Evergrande. Earlier in 2017, Flamengo took Conca on loan from Shanghai SIPG for one year, leaving his ownership to Chinese clubs.

2012 was also a striking year for CSL, especially for Shanghai Shenhua FC, as they bought two world-class players from Chealsea FC, French striker Nicolas Anelka and Didier Drogba from Cote D’lvoire. Drogba is still the best foreign player to ever play in CSL, as he has won both the Premier League title and the UEFA Champions’ League.

Costing huge sums of money, Anelka only scored three goals during his time in Shanghai Shenhua, and didn’t get along with the manager. On the other hand, Drogba showed his ability of being a top striker, with eight goals and two assists in the only eleven matches he played while having already eclipsed his prime. Three months after Drogba’s arrival, news of wage conflicts between Shanghai Shenhua and Drogba surfaced, prompting his departure from the club.

Whether or not these international acquisitions panned out, these were all just a start. In 2014, with Italian World Cup Coach Marcello Lippi becoming the coach of Guangzhou Evergrande, he started to buy Italian strikers to bolster the team: Alessandro Diamanti and Alberto Gilardino. However, their short time in China proved to be relatively unsuccessful, as both of them left Guangzhou Evergrande in less than a year.

Guangzhou Evergrande has always been the leader in using big sums of money to attract foreign players to take their talents to China. In 2015, the team bought Brazilian central defensive midfielder Paulinho, from Tottenham Hotspur for 14 million Euros. Paulinho was a proven starting caliber player for a strong club in the Premier league, and he was still relatively young. The transfer seemed crazy at the time, but it was just the prelude to the craziness that was to follow in 2016. 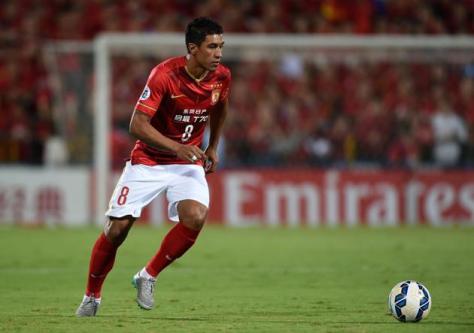 More big purchases jumpstarted in January of 2016, and this time, it was not just one club anymore. Guangzhou Evergrande made another big deal by bringing on Columbian striker Jackson Martinez from Atletico Madrid for the unbelievable price of 42 million Euros. Jiangsu Suning, another ambitious team in CSL, bought two Brazilian players, Ramires from Chealsea for 28 million Euros and Alex Teixeira from Shakhtar Donetsk for 50 million Euros. Teixeira’s acquisition broke the transfer fee record at that time, but it was soon broken yet again only half a year later. Meanwhile, Freddy Guarin joined Shanghai Shenhua from Inter Milan, and both Gervinho and Ezequiel Lavezzi joined a new member of the CSL, Hebei Huaxia Xingfu. This was an insane winter for Chinese teams.

With so many big stars joining the CSL, many people argue that the phenomenon is negative as so many players come to China simply for the incredibly high wages. This is true, but we can never ignore the fact that the competitive level of the CSL is greatly promoted. With Guangzhou Evergrande winning AFC champions’ league in 2013, more and more teams in the CSL are now aiming to achieve a step further than just AFC Champions’ league glory. While Guangzhou Evergrande has won the CSL championship six times in a row, other teams have been trying hard to break their monopoly. Teams like Jiangsu Suning, Shanghai SIPG, Shanghai Shenhua and Shandong Luneng spent even more money recently than Guangzhou Evergrande, aiming to become the next CSL champion.

No one is denying that Chinese clubs that make large player purchases are so rich that they can afford any player in the world. By these means, when the CSL is included in the world soccer industry, clubs that pay the transfer fees and wages should get the outstanding players that they want if all players, clubs and parties involved agree to the acquisition. The clubs from the CSL are simply pursuing a top league in the soccer world. Money always talks a lot, but their aspirations should never be despised. 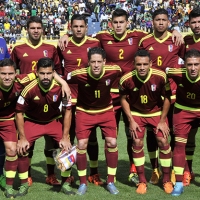 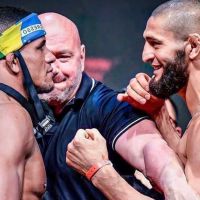