Sunday’s one o’clock game against the New Orleans Saints featured a far more Patriot-like performance than that of last Thursday’s opener against Kansas City. The 36-20 decisive win featured a clicking offense, an improving defense, and, of course, brilliant play at the quarterback position. The game was effectively decided after a 20-3 first quarter in which Brady completed 11 of his 15 passes for 177 yards and three touchdowns. He finished 30 of 39 for 447 yards, the fourth most in his career, and three touchdowns. Despite an impressive start, the Patriots were far from perfect. Here are my positives, negatives, and nit-picks from Sunday’s win.

The Patriots offense in the first quarter was the biggest takeaway from their week two game in New Orleans. They scored touchdowns on all three opening drives pummeling 75 yards down the field twice, and 67 yards once. After an underwhelming performance in week one by Brady and his receiving core, the offense looked to spread the ball around, with nine players recording receptions (compared to six players from week one). Rather than attempting to force the deep passing game, New England moved back to their bread and butter, 10-20 yard intermediate passes and exploiting whatever matchup they saw fit. It was good to see the Patriots distancing themselves from the deep passing game plan that we saw in week one. After a subpar week one from Rob Gronkowski, James White and Chris Hogan, they turned it around to lead the receiving corps in week two. Most importantly, the Patriots were six of twelve on third down, improving on five of fifteen from week one. 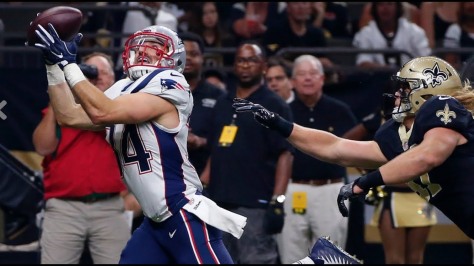 In the first two weeks, I have seen nothing impressive from the Patriots’ top defensive players, which I will address later. But in their absence, a few surprising players stepped up and turned in big performances. Defensive End Deatrich Wise, the Patriots’ fourth round draft pick this year, led the way for a New England defensive line which allowed 185 rushing yards to the Chiefs in week one. Wise recorded two tackles, a sack, a run stuff, and five hits on the quarterback in a disruptive day on the line for him. Wise’s strong start overshadowed veteran defensive tackle Alan Branch’s poor performance. Against New Orleans, Branch saw his playing time reduced, and failed to record a single tackle. I would like to see an even better performance from the run defense which allowed 4.8 yards per carry this week against the Saints. However, week two was certainly an improvement on the run defense compared to week one, and Deatrich Wise was a big reason why.

The biggest defensive standout from Sunday was cornerback and second-year undrafted player Jonathon Jones. He finished the game with two passes defended, the same amount as big-name corners Malcolm Butler and Stephon Gilmore combined. The highlight from his game was breaking up a would-be touchdown reception from Ted Ginn Jr. and forcing fourth down. If Malcolm Butler continues to struggle, Jones may see an increase in playing time. 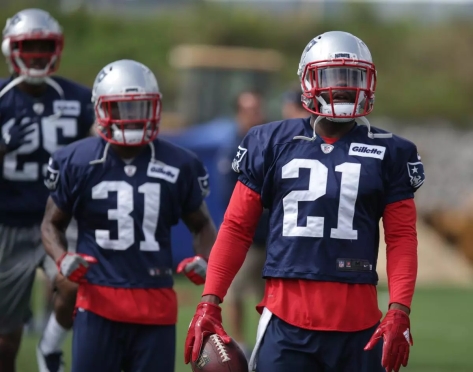 It has not been a good couple of weeks for Malcolm Butler. The Super Bowl 49 hero-turned stud cornerback had some offseason conflicts with the Patriots organization over his contract negotiations. The restricted free agent refused to sign his restricted tender, which would increase his salary to $4 million, as he was asking for more. At one point, it seemed as though a trade with the Saints involving Butler was imminent. When talks fell through, I was under the impression that Butler would still be an effective member in the Patriots secondary, especially in a contract year. Through two games, he has been anything but effective. Butler was benched at the start of week two against New Orleans in favor of Eric Rowe (who later suffered an injury which put Butler in the game). It was the first time since the beginning of the 2015 season that Butler did not start a game. However, Butler does more than just start; he plays almost every single down. Since 2015, Butler has been on the field for 98% of defensive snaps. However, his recent poor play earned him a spot on the bench. If Butler fails to improve his play, his name could join Chandler Jones and Jamie Collins on the list of Patriots who were traded in a contract year.

Things to Keep an Eye On

It is impossible to deny that wide receiver Brandin Cooks has talent. However, earning the trust of Tom Brady is not an easy thing to do. Many receivers have failed to get on the same page with Brady, and never shine in New England. Through two weeks, Cooks has yet to flash the prowess that he showed on the Saints. Despite a couple of big plays, he has not had a few weeks. It may just be an adjustment period, but I’m not too sure that a big-play receiver like Cooks will fit well in the Patriots’ short yardage passing attack. It is far too early to be pressing the panic button, but Cooks may need a prolonged adjustment period, and may not work out as a Patriot. 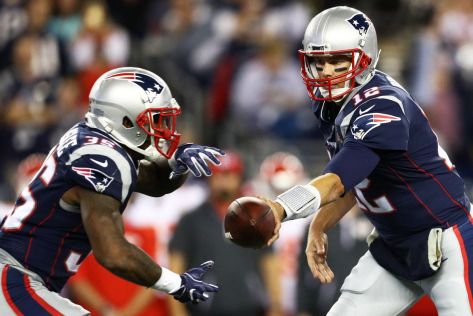 So far this season, the Patriots have not had much of an issue with moving the ball. They currently lead the league in total yards, a statistic aided by Sunday’s 555-yard performance. However, New England has struggled to cap off many of their drives once they reach the red zone. In two games, the Patriots have scored touchdowns in six of their thirteen trips to the red zone, ranking twentieth in the NFL. The last time that the Patriots finished the season ranking outside of the top ten in red zone efficiency was 2009 when they ranked twelfth. You don’t win the Super Bowl by kicking field goals, and if the Patriots continue to settle for three points in the red zone, the offense may come up short in the playoffs.

Next Week at Home vs. the Houston Texans

This game will be a big test for the Patriots offensive line, as the go up against J.J. Watt, Whitney Mercilous and the rest of that relentless Texans pass rush. Marcus Cannon may miss the game with a concussion, providing even more of a challenge for the questionable offensive line. With some recent turmoil in the secondary, pay attention to who will cover star wide receiver DeAndre Hopkins. Stephon Gilmore is the safe bet, given his height and the poor play of Malcolm Butler. The Texans offense currently ranks 29th in the NFL in both total yardage and points per game. Their two games have featured a 29-7 blowout at the hands of the Jaguars and a 13-9 win against Cincinnati. If the defense has problems in this game, they will likely have problems all season.